For many centuries before it became the site of the present, almost continuous linear village, Cefn Cribwr was no more than a narrow-crested ridge formed by the Millstone Grit, severed in remote geological time from its 'twin' to the east, Cefn Hirgoed, and virtually devoid of human habitation. During much of the last millennium the long ridge was mainly pastureland and woodland, exploited as such by the burgesses of Kenfig or the monks of Ewenny, and parochially associated with churches and settlements to the south, Tythegston, Laleston and Newcastle.

Industry brought the first significant changes. John Bedford came to Cefn c.1770 and built his still surviving Ironworks at the foot of the northern slope of the ridge, a site taken over by Williams Bryant in the early 19th century. By about 1840 another, larger ironworks had been built on the Cwsc, a little to the north-east. Collieries like that at Ffos Pit, first regarded as ancillary to the iron works, soon became important in their own right. The horse-drawn Dyffryn Llynfi Porthcawl Railway, opened in 1828, provided for a while an adequate means of transporting the products of local industries, but it was superseded, in the middle of the 19th Century, by the more efficient steam-drawn railway, connecting the works north of Cefn first with the dock at Porthcawl then with that at Port Talbot.

As a result of these developments Cefn's population began to grow, and from about 1825 there appeared the first modern housing developments – not, significantly, in the fields along the sides of the ridge but along the narrow crest itself, with its through road. Overt Row is a typical mid-century development of this kind. The usual public buildings accompanied the increase in population: chapels, entirely Welsh at first like Siloam (1827) and Nebo (1848) but later English like Wesley (1886) and Calvary (1907) to accommodate a large influx of people from the West Country; public houses like The Three Horse Shoes, The Farmers Arms and The Star; a village school in 1894 and a Public Hall in 1924.

The beginning of the 20th Century saw further important industrial developments with the opening of Aberbaiden / Pentre and other new collieries. Council housing estates extended the size of the village in the 1920's and again in the 1950's (by which time the Abbey Steel Works had become a major local employer). For all that, Cefn's population has not gone on increasing and now in the early 21st Century, is probably not materially larger than it was in, say, 1850. Perhaps this is one reason why (many people feel) Cefn Cribwr has managed to retain a sense of community and of its own distinctness from neighbouring communities – helped no doubt, by a sense of elevation on the crest of the long ridge, which was where we began! 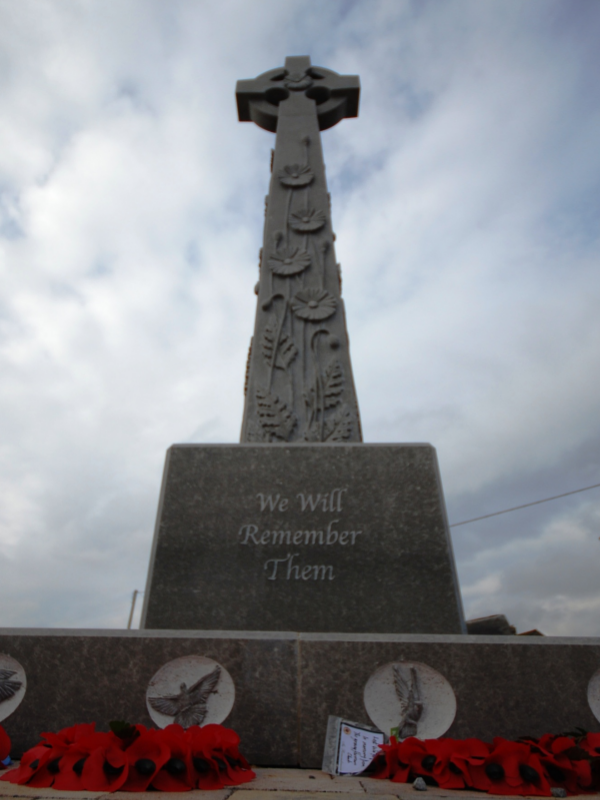